How to Optimise Your Mobile App to Boost Conversions

You are here:
Blogs 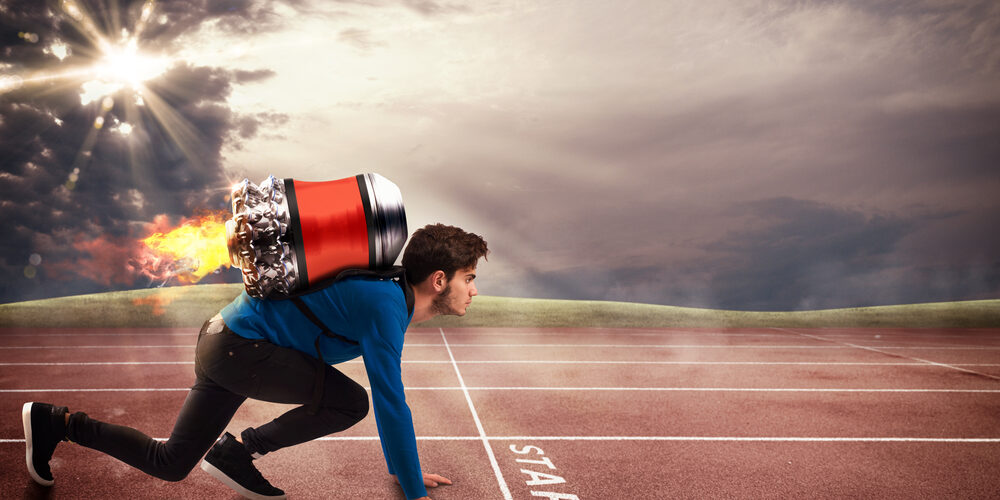 On paper, the mobile app market is more robust than ever considering billions of smartphone owners across the world have access to millions of apps in the App Store and Google Play. Also keeping in mind that thousands of new apps are being released each month. These staggering numbers imbue the industry with a “gold rush” feel, with millions of developers – both independent and corporate – looking to strike app gold with their new release.

But if you look closer you’ll notice that not everything glitters in the world of apps. Lack of engagement among smartphone users has become one of the great challenges in this industry. Emarketer published an eye-opening report about app usage where they state that only about 30% of app users open an app the same day they install it. And after 30 days, only 3.3% of Android apps and 3.2% of iOS apps still have active users.

The report also illuminates a silver lining: Apps that users installed organically (as opposed to being swayed by paid ads), were 156% more likely to result in ongoing usage. It’s this single word, “organic,” that tells us what mobile users want—sustainable commercial value and an optimum user experience. It also tells us which conversion rates to focus on in order to deliver it to them.

Here’s how to develop such a high-converting mobile app.

As the landscape of mobile changes, so too do the KPIs that make apps a hit. At first, marketers focused exclusively on landing-page click-through rates in the App Store or Google Play. Obviously, that does nothing to measure usage. Then installs became the key performance indicator, but that tells you next to nothing about real app engagement.

Today the true formula to gauge your app’s success is:

That’s what is going to clue you in as to how to launch a high-converting mobile app. And you can measure the effectiveness of your value proposition by looking at a few key analytics, such as customer engagement (social media shares, positive user reviews, etc.), consumer insights (direct communication with the user via the app), and customer loyalty. In other words, if you have one of those apps that drops to 3% of active users after 30 days, you likely don’t have a strong value proposition.

2. Tie your in-app events to your business goals

Any legitimate guide to creating a stellar marketing plan is going to include an initial step about setting clearly defined goals and analysing the success metrics to achieve those goals. Maybe your long-term goals for your app are retention and engagement. So how do you measure that? The answer is through in-app activity.

Say you own a restaurant and you’re looking to engage both new and existing customers. If you have a high-converting mobile app working in tandem with a great website optimised for mobile, then you have many options to get people involved. You can offer coupons and discounts to those customers, as well as new ones with high influence on social media. Maybe even another discount for those who take a picture with their food and share it on social media.

The point is that any small business can implement these tactics via their app and track the user’s activities. With this bit of new data you now have all the tools necessary to properly segment your target audience. The step then becomes optimising this post-installation activity.

Just like with any other platform in the digital realm, you’re going to want to analyse the fruits of your marketing efforts. That means optimising your app’s post-install events to find out exactly which sources are performing and underperforming. Just like with SEO, having a solid analytics tool at your disposal is invaluable.

A good mobile attribution solution measures user acquisition while attributing each install to its corresponding marketing campaign. It targets and displays the campaigns and media sources that are re-engaging your users and ties that re-engagement to in-app events. Moreover, it allows you to track user actions after the installation and measure meaningful engagement over time.

A common dashboard on an analytics solution will have your list of media sources with data panes representing a number of actions, including:

By analysing this data you can easily see exactly which channels will require an increase in spend to attract and retain more quality users.

Just as linkability is key to the success of website content, it is also crucial for the successful conversion of mobile apps. The glaring difference is that there are no hyperlinks in the app world. Instead, this mobile medium relies on what are called “deep links,” and professionals make compelling arguments for this linking as an effective acquisition and user retention channel.

They are effective because they bridge the divide between mobile apps, websites, and email. Deep linking allows the user to open a mobile app via a standard website, and as any app user who has received an email asking for a login while their app is already open knows, this hasn’t always been the case.

The mechanism behind deep linking is complex and involves routing web browsers to HTTP URLs and mobile devices to specific open apps. But leave the technical jargon for a moment and consider the benefits: now marketers can tie their digital channels directly to a mobile app. Say your retail store offers a free discount upon installing its mobile app. Now, through deep-linking, right after installation the app will fire up and link the user directly to the web offer that enticed them in the first place, eliminating pain points and transporting them down the sales funnel to where they, hopefully, become a paying customer via the app.

By following the tips above as it regards optimisation, you should be able to glean the info necessary to create an app offering real value to users, and which converts accordingly. But there are other keys to success that go beyond marketing and involve the team as a whole. Because it’s when marketing and management work together as one that your app stands the best chance of success.

7 Steps on How to Build a Successful Employee Mobile App
January 14, 2021

8 of the Best App Marketing Strategies you need to know
October 20, 2020